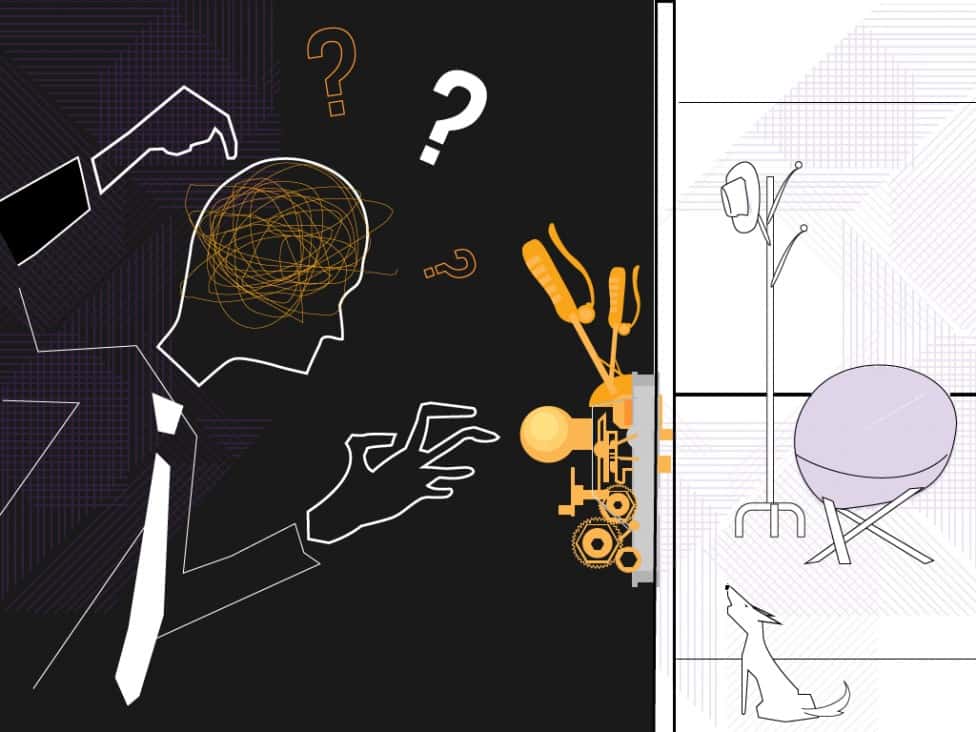 My family and I are having a nice new house built for us out on the other side of town but we’ve sold our old house already and are now living with my in-laws. So far it’s a nice experience for everyone, most of all for my four-year-old daughter who can now spend endless hours prizing treats and iPad games from her Grandma. However, there was one thing that pained me when we moved in, one thing that really got my goat.

I was first confronted with this innocent looking doorknob a few weeks ago when we first moved in. I was seeking to enter the house and figured that simply pressing it would unlatch the door. I soon discovered, to my disappointment, that the task of simply walking through the door and into the house was perhaps not quite as simple as I had at first expected it to be.

I gripped the handle and pushed upon the doorknob with my thumb. Nothing appeared to happen. It wasn’t doing what I expected it to do. Instead of responding to the pressure that I had applied in a typical manner, it just kind of…. Well, it stood firm and did nothing.

At first it seemed as if it was stuck, so I applied a bit more pressure. Still nothing. It surprised me at this point how quickly the onset of frustration and desperation at my predicament set in as I suddenly began to repeatedly press the non-responsive object, hoping for a different result to occur by the application of a frenzied series of thumb jabs to the offending button. I also began to go a bit Fred Flintstone on the door itself, shaking and pounding on it a bit in the hope that something might come loose or perhaps, dare I say it, break!

In the end, the darn thing relented and did what it was supposed to do in the first place – it released the latch, allowing me to open the door and enter the house!

Why is anything that you have read so far relevant to what we do at Divine Designs?

Really, this article is all about expectation and design. I got there in the end with that pesky doorknob but it’s immediate response to my action did not match my expectations of what should happen next and I therefore became frustrated and quite quickly I might add.

This is not how we want prospective customers to feel when they arrive upon our clients’ websites because user frustration leads to user’s leaving and going somewhere else. This is why we work hard to keep things predictable. This might sometimes mean that fancy design elements are sacrificed for the sake of predictability and clean usability and this, I think, is where the industry is headed.

Anyone remember Flash? When I started working on web design projects, Flash was absolutely ‘where it was at’. Things have changed however and flashier designs have been swapped out for leaner and simpler ones. Creative plays a big part in the process still but now we seem to be more focused on communicating a client’s brand and their selling proposition instead of trying to knock people over with stuff that moves, just because.

Instead, we try to knock them out with artistry, the kind of artistry that is commonly applied to advertising campaigns; great photography, video and of course, concise, skillfully written copy. In my mind, that’s what web-design is all about. It’s a beautiful craft that will continue to improve and will also continue to win more mainstream admirers. And when I mention “web-design”, I’m not only referring to how a website looks, I’m also talking about how it works. It should always deliver what the end-user expects of it – unlike my pesky doorknob..